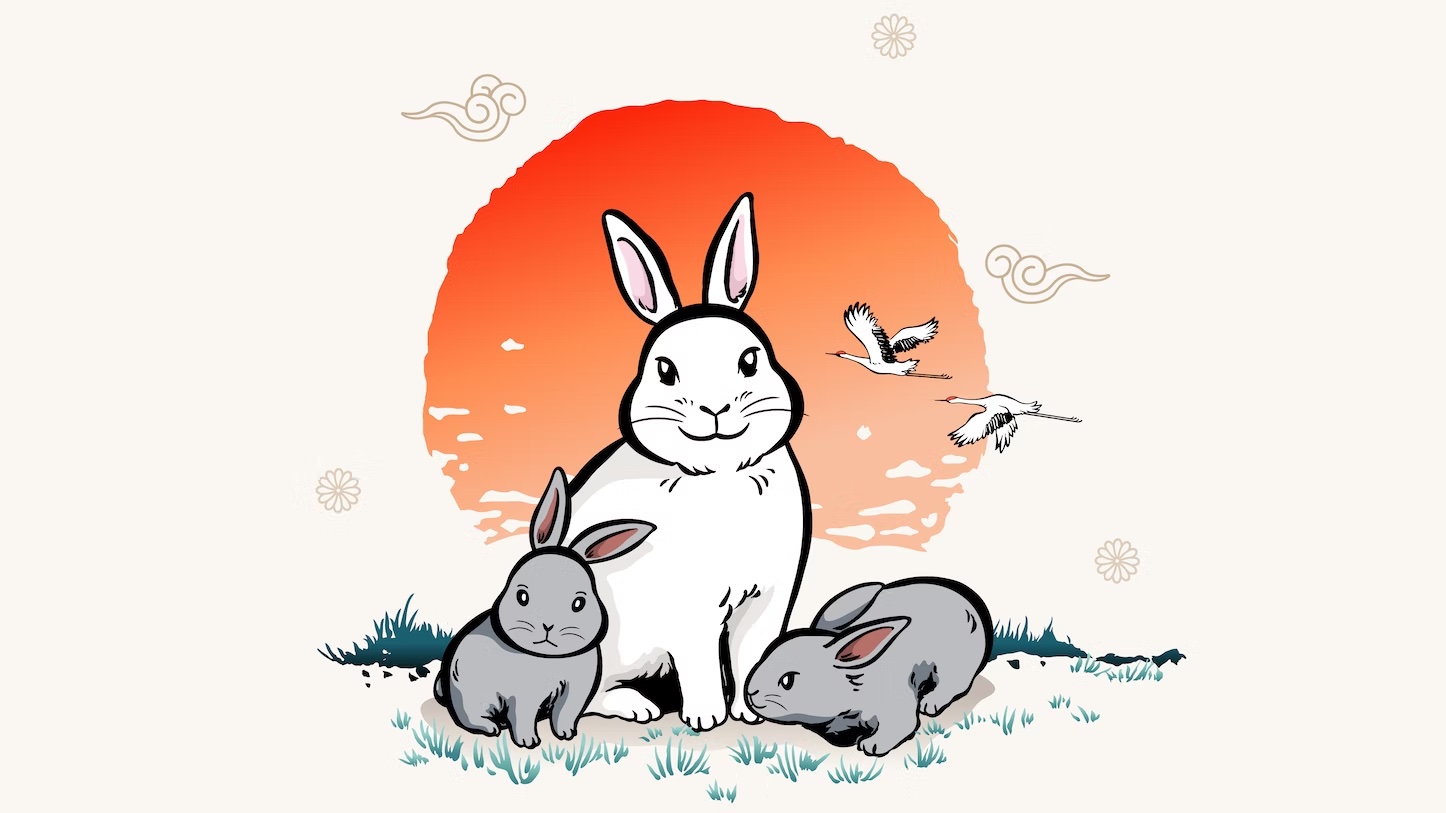 Lunar New Year: Hop into the Year of the Rabbit

Happy Lunar New Year! In Chinese culture, it marks the change from winter to spring. The date changes every year. It is not based on the same calendar the Western world uses. This year, Lunar New Year will be on January 22.

You might hear someone say: “It is the Year of the Rat” or “It is the Year of the Monkey” when they talk about Lunar New Year. That is because each year is named after a different animal. There are 12 animals in total. They are the Rat, Ox, Tiger, Rabbit, Dragon, Snake, Horse, Goat, Monkey, Rooster, Dog and Pig.

An old Chinese tale tells how the 12 animals were first decided on for the Chinese zodiac. The tale starts with the Jade Emperor. He was the supreme ruler of heaven. He called for the animals to race across a river. He said the winner would be the first animal in the zodiac.

The animals began to swim. But not the rat. He climbed up on the ox’s back. He got a free ride. Soon the ox got to the other side. The rat leaped off. He won the race. So the rat is the first animal in the Chinese zodiac.

But where was the cat? Was he in the race? Nope. He was still napping by the warm stove. The rat promised to wake him. He forgot. Or so he said! He might not have told the truth. So the cat and rat are enemies even today. And that is why the cat is not in the Chinese zodiac today.

Skip back to main navigation